A Young Israeli Reflects on Gaza 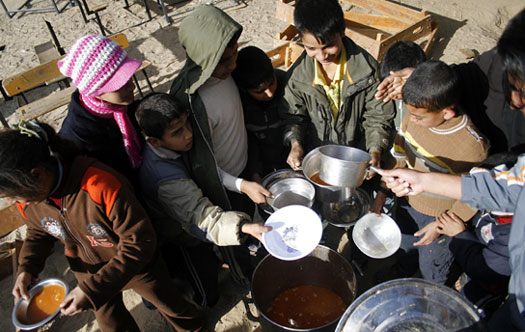 It has been six months since Israel launched an incursion into Gaza, and the anniversary has prompted the Red Cross to release a report on life since the operation.

According to the report, 1.5 million Palestinians living in Gaza are “trapped in despair” because of the continuing Israeli blockade, and since April 2007 there has been an 80% decrease in the number of truckloads allowed through the boarder. With the population of Gaza being made up mainly of teenagers and children, this means many children are suffering from malnourishment and poor health. Furthermore, the Red Cross reports the people of Gaza are powerless to restore their lives and are sliding deeper into hopelessness. (See the full report here.)

Nor has the situation in Gaza left Israel’s soldiers unaffected. After the Israeli operation in December, there were alarming cases of immorality among our finest soldiers. According to Haaretz, graduates from IDF training programs printed T-shirts showing “a pregnant Palestinian woman with a bull’s-eye superimposed on her belly, with the slogan ‘1 shot, 2 kills’.” Another T-shirt portrayed a soldier raping a girl.

These stories are disturbing, and it is easy to use them to play the familiar “blame game.” The Israeli prime minister’s spokesman told the BBC that “Hamas is primarily responsible for the hardship of Gaza’s civilian population.” Hamas leadership, on the other hand, blames Israel for Gaza’s distress. In reality, both sides are avoiding critical self-assessment. It is time to ask ourselves, is this where we want to be as a society?

Since our policies are shaping the future of Gaza and the future of our own people, they deserve a critical assessment. That assessment begins with a hard look at the arguments shaping our policies. For example, the most common reason Israelis give for the blockade of Gaza is the security argument. As an Israeli whose family lives in Israel, I understand this concern very well. There is no doubt that Hamas and other radical groups want to kill Israelis, and this concern is valid, but it is one-dimensional. After all, security does not justify the moral erosion that is occurring in our soldiers and society. We must be guided by a fundamental respect for human life.

Another argument I hear is that the people of Gaza are different from us, and have different needs than Israelis. This is very comforting for justifying questionable policies, but is it true? Do the people in Gaza have different needs for physical well-being; are their hopes for growth and stability really different than ours? We must accept the humanity of other people, and realize that as human beings we share many common qualities with the people of Gaza. When we use the excuse that “it is ok because they are not like us,” we fall into the trap of dehumanizing the other side to appease our conscience.

The third reason we use to explain our policies toward Gaza comes from a deep desire for justice, mixed with confusion about why we use force as a society. We claim to use force for security reasons, but we also use it as retribution. This is called “punitive force,” which according to psychologist Marshall Rosenberg is to “cause individuals to suffer for their perceived misdeeds.” The protective use of force, on the other hand, is to “prevent injury and injustice.” Do we use force so that people will suffer enough to see the error of their ways, or to force repentance? Do we feel we have the right to punish people because they “deserve” it? Although it may seem “fair” or “just,” this approach generates bitterness and antagonism and reinforces the very behavior we want to change.

All these questions are part of critical reflection, and unfortunately many of our justifications fall short when examined under a moral lens. I believe that is because when we as a society superimpose the lens of security over morality, we compromise our morality. We cannot let security be the lens through which we decide our country’s policies. Morality and humanity must come first, even when it is difficult.

Although it can be hard to admit, like the people of Gaza we are caught in a cycle of violence that our behavior helps perpetuate. Jewish philosopher Bruno Bettelheim wrote “Violence is the behavior of someone incapable of imaging solutions to the problem at hand.” We cannot be satisfied with moral justifications simply because we cannot imagine a better solution. It is true we must protect ourselves and our country, but we must use methods that employ thoughts and behaviors that are of value to the service of life, rather than methods that will continue contributing to the moral erosion of our people. To do this we must put aside the blame game once and for all, and imagine solutions that will give us and the people of Gaza a better future.