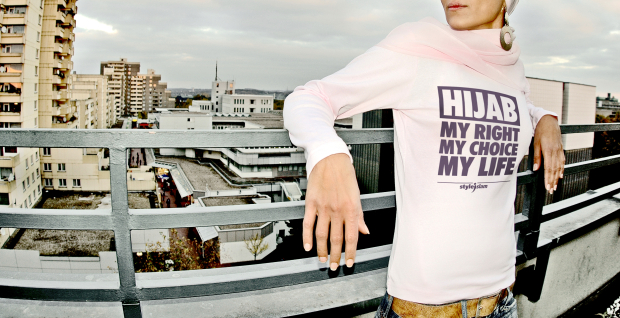 Melih Kesmen created his company StyleIslam as an unconventional antidote to prejudice.  This German designer of Turkish background made his first t-shirt, bearing the slogan “I love my Prophet,” during the cartoon controversy in Europe.  He received a lot of positive feedback from Muslims and non-Muslims, which then motivated him to create a fashion label for street wear with Islamic slogans. Reconciling the two cultures he grew up with, Turkish-Islamic and German street art, his label has become very popular.  He says:

“We communicate Islam in a language young people can understand, without sacrificing our values in the process. Our customers can go out in public with StyleIslam messages across their chests and they often find the opportunity to speak with curious passersby about the designs. And since communication is the best antidote to prejudice, I really think that StyleIslam offers something which helps build bridges.”

Explore the various designs and products–maybe even purchase a shirt–in their online store HERE.  And note that a portion of the sales from his shop are donated to AIDS orphans in Africa.