This article was originally published on January 18th here. 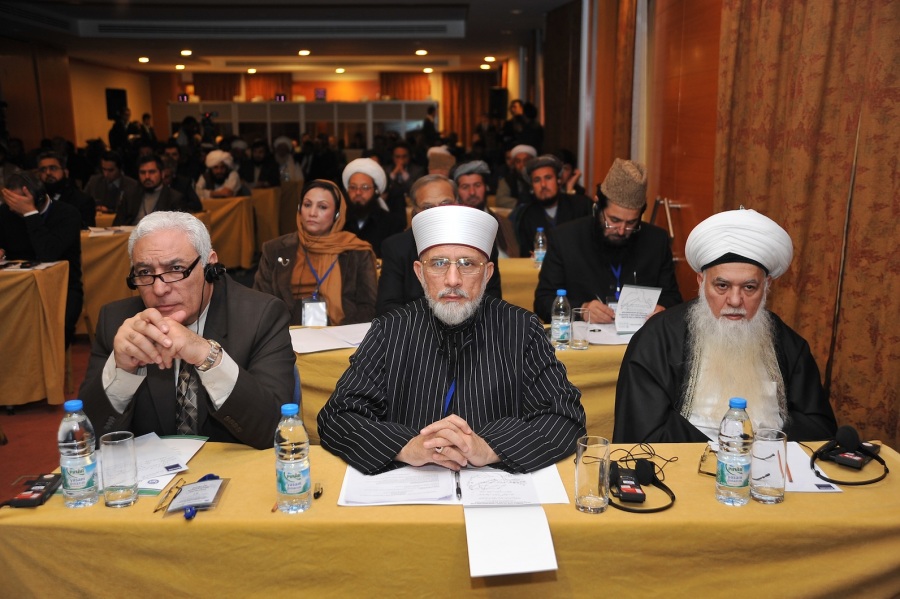 At the beginning of December 2011, the Center for World Religions, Diplomacy, and Conflict Resolution at George Mason University convened a meeting of over twenty world famous Islamic scholars and dignitaries together with over one hundred and twenty clerics from every province of Afghanistan. The event was unprecedented in the history of Afghan conflict resolution. Never before had anyone brought together the beleaguered Imams of the Afghan provinces, men who had stood up for peace and risked their lives to fight against the misuse of their religion. These men stood witness as colleagues, who dared stand up at Friday prayer and advocate for Islam’s commitment to nonviolence, for women’s rights, and for tolerance, were assassinated by radical forces in the region and neighboring states whose only purpose was to keep the war going and Afghanistan divided. Nevertheless, these men have remained committed to their work and unwavering in their dedication to create a better future for their country.

Along with colleagues and partners in different parts of the world, for the past twenty years, I have argued that religious values are not at the periphery, but rather are at the center, of political events. It is precisely because states and military entities are so adept at abusing religious beliefs and attitudes for self-interested reasons that religion has been at the forefront of contemporary history. Sadly, these courageous Afghan clerics were never considered terribly important by the occupying forces, diplomatic leaders, or military strategists.

At the Center for World Religions, we banded together with Afghans aiming to connect these courageous Imams with the global community of peaceful Muslim leaders and scholars, many of whom had wanted to embrace the Afghans for decades, but were hampered by the dangers of war. Traveling for several days, the Imams had a complicated, even perilous, journey. Three clerics were on crutches, having recently survived bomb attacks, but insisting nonetheless on attending our meeting.

Participating in the event were Muftis of great stature and Islamic thinkers of profound depth and courage, including a scholar with millions of followers who had written a massive fatwa (legal opinion), using the breadth of Islamic legal history to prove the unethical nature of suicide bombing. The exchanges between these religious scholars and clerics were profound, ranging from debates on women’s education and human rights to tolerance of minority traditions.

From my perspective, as an analyst and practitioner of conflict resolution, the conference’s most amazing moment came when an Afghan Imam asked quite bluntly, “You are telling us that suicide bombing is wrong, but the Imams in Pakistan are telling us something different. Why are you right?” This Imam did not believe the claims of these Pakistani Imams, as he was, in fact, against such a line of thinking. Rather, the Imam was challenging global Islamic scholars to squarely face the problems of foreign interference in religion, and the mixture of militancy and state influence that has adversely impacted Afghanistan.

Again and again, Afghan Imams expressed their frustration not just with extremists, but with corruption, and most importantly with the abuses of religion perpetrated by neighboring countries. The global scholars attending the conference were well versed in this reality. However, it was the solidarity that emerged between scholars and clerics that was most profound, a bond that came from the stories shared by the Afghan clerics, who had risked their lives day in and day out to stand for what is right.

From the beginning, it was important for the diplomats in attendance to understand that Afghanistan’s clerics should not be ignored, particularly given the risks they have taken to advocate for peace. Clerics, like these, are an asset to any intelligent diplomatic process and key to conflict management and resolution. In order to secure human rights as an inalienable and fundamental part of our global future, clerics must be an essential part of developing any civil society. We must forge deep alliances with these clerics of conscience, and support them as they risk their lives for peace, for the lives of women and children, and for a more tolerant society.

Inevitably, these religious leaders will adhere to different beliefs from their secular counterparts, and working with them will involve making tough compromises. But, based on my professional experience, traditional Afghan men and women, each through their own networks and institutions, are fighting a valiant nonviolent battle for the soul of their society and for a more peaceful future. It is time for the world to step up, and honor and protect them, as a part of any plan for the future of Afghanistan and the region as a whole.